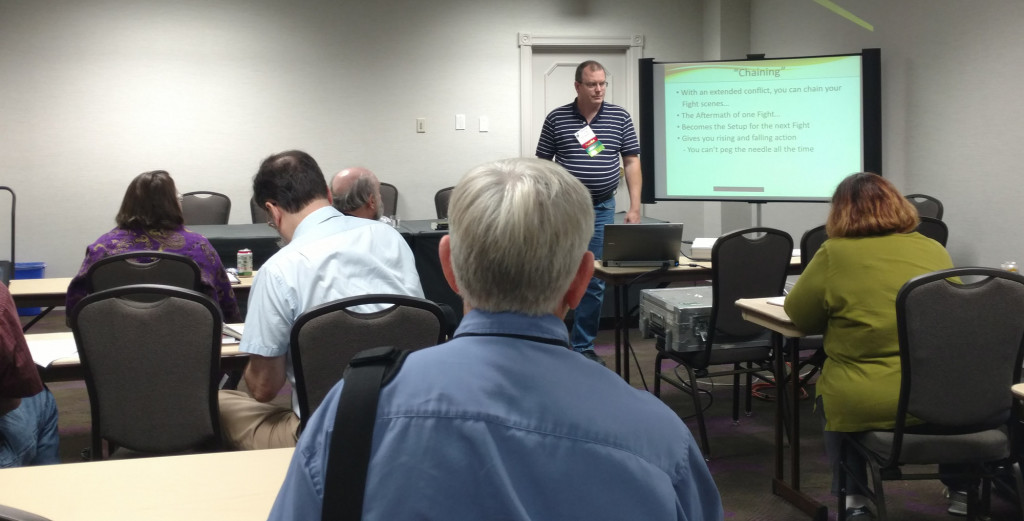 I ran my latest workshop, “Writing Killer Fight Scenes That Matter,” at Capclave 2018 on September 30. I had a lot of fun and the workshop was well received by the audience (I know this for sure, because I distributed a Workshop Evaluation Form at the end).

At conventions, the workshops are two hours long. The first hour was focused on violence: how people react to violence, different types of fights, gender differences in danger scenarios, and decision making in fights. The exercises were real life scenarios; attendees then had to figure out the best way to survive the situation presented. It was rather eye-opening and shocking for a bunch of them.

In the second half, I described a basic framework for fight scenes. We also discussed how to make fights more realistic, and more plausible, by leveraging the lessons from the first half of the workshop.

All in all, I thought the workshop went well. I look forward to conducting it at other conventions in the future.