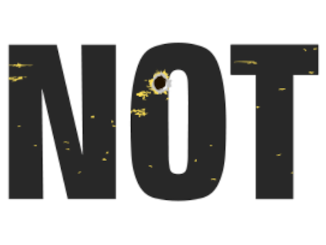 There’s a funny sort of confidence that came to me after I’d worked on my writing craft for a couple of years. For as long as I could remember, I’d toiled away, trying to make my writing perfect. Then I learned that I could defer changes until later, i.e. – “Not Now.”

OK, maybe that doesn’t seem all that impressive…but it was to me.

You see, I discovered that I basically had two modes of writing:

I know that’s probably not news to most people. The interesting thing is that these two modes require slightly different skill sets.

Turns out that I was pretty good at both, but definitely stronger at editing (especially at first). I’d previously been a professional editor for an Internet start-up (just one of my diverse duties), as well as having experience editing numerous corporate documents over the years. Surprisingly, those capabilities carried over to fiction very nicely.

That gave me a certain amount of freedom. When I was writing, i.e. – getting my story on “paper” for the first time, I didn’t need to be perfect.

Perfect is the enemy of “good enough,” which is all you need for a first draft. That didn’t mean that I wasn’t trying to write top-notch content.  My confidence in my editing capabilities meant that I could leave something that I thought wasn’t quite right for later…when I was in editing mode. That ability to defer changes until “Not Now” was a powerful breakthrough for me.

I had trust in my editing ability.

I knew that my inner editor could fix things, like the paragraph that didn’t “sing” the way I wanted it to, clumsy dialogue, or even plot issues. I could invent something new in Chapter Seven and rely on Later Dave to detect the plot mismatch and address the earlier chapters to set up and support the change I’d made in the later chapter.

Often, I’d help out my inner editor by leaving notes about things that needed to be changed. This is particularly easy to do if you’re using a writing tool such as Scrivener (highly recommended, by the way).

Another discovery that I made was that the time of day affected my writing. I was better at writing fresh content in the morning and afternoon. Evening, after a full eight hours or more at the Day Job, just made creative writing more difficult.

For me, editing was less immersive than writing, more mechanical in some ways. It wasn’t easier than writing, but it was more like the programming that I do for the Day Job. In fact, it was very much akin to fixing bugs in software. And that was something that had been ingrained into me by thirty-plus years of being a top-notch software developer. If I’d been an athlete, one might say that I had an over-developed muscle…editing.

These two things profoundly affected my success in producing stories that satisfied my high standards. The ability to defer changes until I was in editing mode allowed me to focus on finishing my stories. Since many of my stories feature complex worldbuilding, multiple POVs, intricate plotting, choreographed fight scenes, etc., being able to focus without trying for literary perfection made my initial draft much more achievable.

Likewise, planning my writing and editing activities for the times of the day when I functioned best for each particular activity had a big impact, too. First, it was less stressful. I was no longer trying to force myself to be creative at night when I was too tired from the Day Job. Second, it was more productive. Even just an hour of writing in the morning was probably more productive than a couple of hours in the evening.

By scheduling my activities properly, I achieved more productivity, with less stress.

To sum up, here are some tips that I hope will be helpful to other writers: