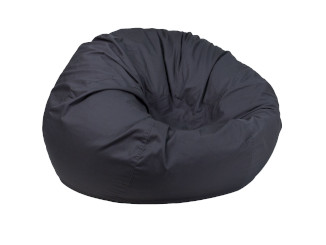 I’m a speculative fiction writer and I’ve been participating in writing critique groups since 2013. In that time, I can’t even begin to tell you how many disparate short stories and chapters of longer works that I’ve read. What I can tell you is that it’s given me a great deal of insight into the most common problems that plague writers, especially newer writers.

Most of the writers I’ve met who have gotten serious enough about their craft to find a writing group can sling words around just fine. Oh, sure, there are still nuances to strive for and techniques to master, but most (not all, though) can produce serviceable text.

It’s really the higher-level things that are the Achille’s heel for so many writers. Things like…figuring out what your story is.

I’d bet more would-be novels have foundered on an ill-conceived story premise than you can possibly imagine.

Producing a novel is like carving a virgin trail through an uncharted wilderness. There’s nobody there to tell you what’s right for the story. What’s the proper form for your novel? Is it a mystery? A coming-of-age story? An epic fantasy? A heist story? Some combination of tropes?

The possibilities are endless…until you begin committing words to paper.

The options begin narrowing as the story takes shape. And the cost of making significant changes to that shape goes up drastically the further along you get.

I’ve seen writers begin a novel as one thing, then change it again and again because they haven’t really decided what type of story they’re writing. This can be exacerbated by critiques because, since the writer doesn’t know what the story is, there’s no clear litmus test for deciding which advice to take and which to ignore.

The story becomes the literary equivalent of a bean bag chair, taking on one shape after another without ever qualifying as “real” furniture.

There are two main areas to consider when trying to counter the dreaded “Bean Bag Syndrome:”

Who is your protagonist? What journey are they on? At a high level, how will they be different when the journey is done? Who’s on the journey with them? Who, or what, is their adversary?

Often, it’s useful to come with a tagline that summarizes a story. For example, my story “Bitter Days” had a tagline of:

She needed a hero…so she became one.

The protagonist is an orphaned foreign-born refugee named Pageeda. She’s ten years old; she and her older sister live on the streets of a gritty port city. When her sister is kidnapped and later killed, she brings to justice the man who started the chain of events that led to her sister’s death.

My tagline tells me that Pageeda has to do the work. She can have help, but she’s got to be the one moving the story forward. The story is really about her going from powerless to dangerous, but in a way that is believable for a smart, stubborn, streetwise ten-year-old.

Anything that doesn’t support that concept has to be cut. It’s not relevant to the story. And any advice that undermines the core concept can likewise be ignored.

The story may, or may not be, the “cup of tea” for a particular reader…but it’s certainly not a bean bag chair.

As soon as you start talking structure, pantsers often stand up and say, “But I’m a pantser, and I like discovering my story as I go.”

OK, there’s nothing wrong with being a pantser. Stephen King is a well-known pantser, and he’s certainly been successful enough.

But I’m going to go out on a limb and suggest that King has a keen sense of story. He may be pantsing a scene or a chapter…but deep down he understands pacing, inciting incidents, plot twists, breadcrumbs, and the like. He may be “writing into the dark” but he’s doing so with a keen understanding of what makes a story work.

Even if you’re not outlining a story, you still need to understand story structure. There are some useful models out there:

Once you’ve internalized these things, write your story. Ask yourself questions as you go like…is there an inciting incident about to happen? Where am I in a particular structure…first act, second act, third act?

I’m usually an outliner, but one of my stories fell apart on me. It was called “Clash by Night,” and it was supposed to be about what happened as a crew of art thieves escaped through the jungle of a futuristic war-torn Brazil with the fruits of an art heist.

It wasn’t about the art heist, but rather the aftermath of a heist. However, the members of my writing group pointed out that there were too many characters introduced too quickly. The introductions needed to be spaced out so readers got a better feel for the characters.

These were valid concerns, so I added a few more chapters to the beginning to show the latter stages of the heist. But then people wanted to see even more of the heist. They also thought the story was unsatisfying because it had evolved into a heist story…but it was not adhering to the tropes of a heist story.

So, I researched the relevant tropes online, watched a bunch of heist movies, and then added even more chapters to the beginning. The end result was a 32K word story that was an SF military/heist mashup. I literally wrote that damn story backwards (not a recommended technique).

It was ultimately published in an anthology called The Curator, where each story had to be about a piece of artwork.

The point is that even though my story went off the rails, I was still able to bring it home by revising it structurally until it met both my expectations and, more importantly, the reader expectations. The story about the aftermath of the heist, well, that’s just going to have to be a sequel.

The biggest thing you can do to achieve success as a writer is to figure out what your story is. Otherwise, you risk writing twenty or thirty chapters that go absolutely nowhere. Believe me, because I’ve seen it.